The Guests deliver speeches during the Roundtable Meeting.

The experts and scholars discussed theories and practices related to China-Europe Railway Express, international multimodal transport and featured businesses in Belt and Road international trade and made some suggestions for enterprises to overcome difficulties occurred in their businesses concerning foreign affairs.

Mr. Kang Yu, Secretary-General of BRILA, noted in his speech that in December 2019, initiated by ACLA, BRILA was officially established. The establishment of BRILA is conducive to strengthening communication and cooperation between lawyers both in China and the Belt and Road countries and regions, integrating resources of legal services in relevant countries and helping upgrade relevant regional economic and trade rules along the route. It will definitely make due contributions to the building of BRI and the community with a shared future for mankind. 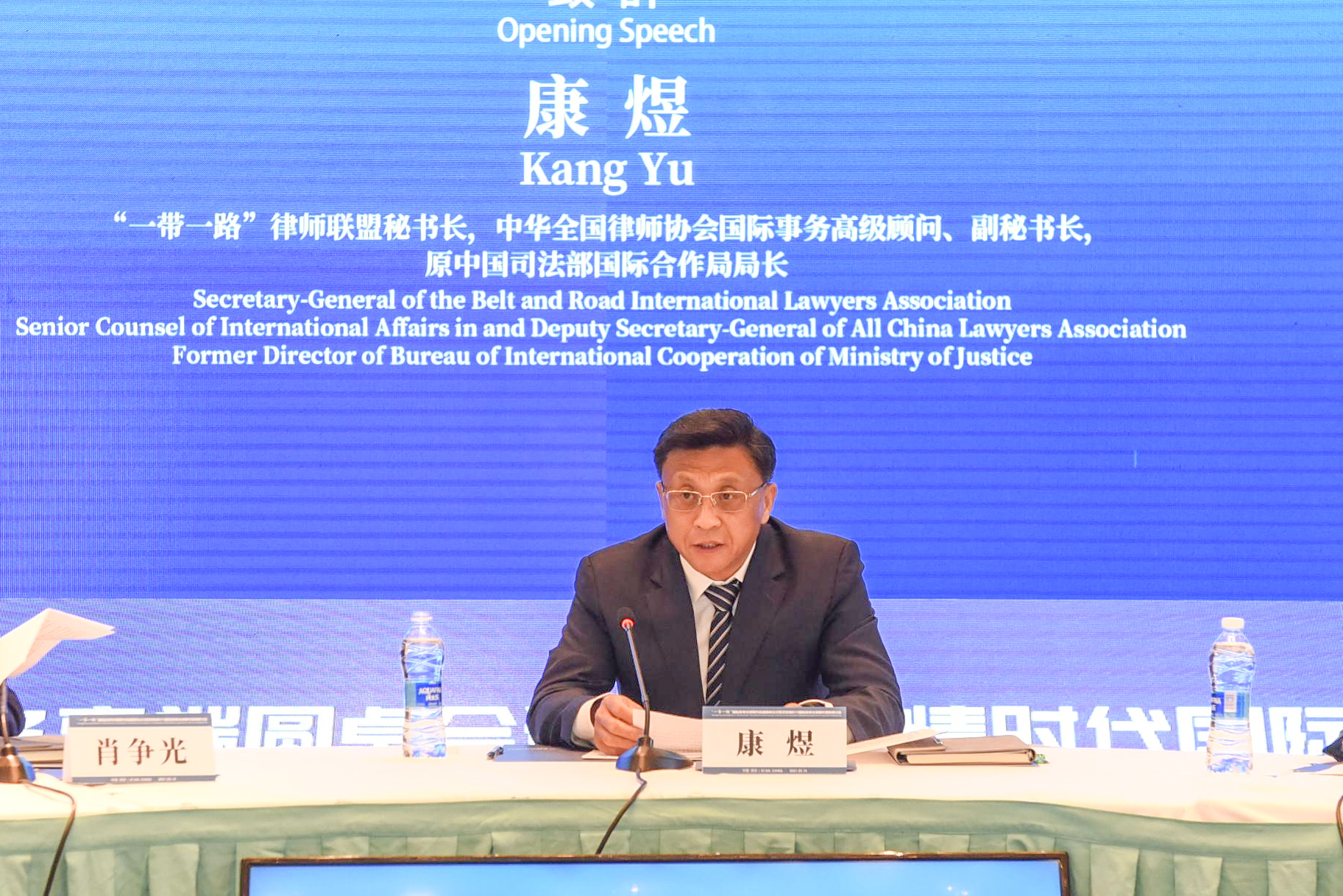 Mr. Kang Yu delivers a speech during the roundtable.

Mr. Kang Yu also expressed that Xi’an is one of the most important origins for Chinese civilization and carries its historical responsibility. He expects all guests and participants of the roundtable to reach consensus to promote cooperation in legal services, to transfer the achievements of the roundtable to new development of legal services concerning foreign affairs and to give full play to the Xi’an Belt and Road Demonstration Zone for International Commercial Legal Services in achieving high-level opening-up as well as quality and rapid development of BRI.

Group photo of speakers of the roundtable.